Eden Sutley is Director, Development and Original Programming at truTV. She has worked on a variety of series including the game show Comedy Knockout, the documentary series truInside, and the sketch show Friends of the People. She is founder and co-president of the New York chapter of the Hollywood Radio Television Society Associates level, where she helps further the organization’s mission to lead executives and companies throughout the industry to network, debate, and discuss issues relevant to the ongoing success of the television business. She is also currently a member of The George Washington University’s Media & Communications Industry Leadership Council. For the past two years she has served as a mentor for the T. Howard Foundation, and she spent two years on the New York Television Festival’s Next Generation Committee. Prior to truTV, Sutley worked in entertainment product licensing and multiplatform marketing. She is a graduate of The George Washington University and received her M.A. from NYU’s Tisch School of the Arts. 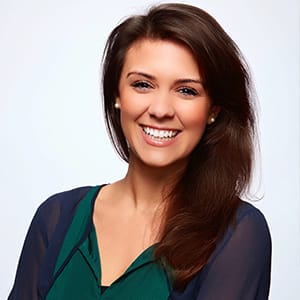