In his role, Sabia works on video development for the various digital channels at CNE, helping create franchises across the portfolio, as well as being the architect and interviewing voice behind the camera of Vogue’s "73 Questions," a digital series with over 287 million global views. CNE is an award-winning next generation studio and distribution network with entertainment content across film, television, premium digital video, social, and virtual reality.

He started his career as one of the founders of a digital lab at HBO, where his independent directing and remixing career took off with a viral recap of every season of the popular series, “The Sopranos.” Since then, Sabia has worked as a one-man creative shop creating ideas and videos for such companies as Google, CFDA Fashion Awards, Interscope Records, BBC America, Comcast, ATT, and others. In addition, Sabia has given a TED talk on storytelling and co-hosted Boing Boing TV on Virgin America airlines.

Sabia sits on the programming board of The Moth and is co-founder of the YouTube channel “CDZA,” a 300,000-subscriber channel which features over 150 conservatory musicians in high concept music videos.

Sabia won a Telly Award in 2018 and Clio Image Award in 2015 for “73 Questions,” while the series also won multiple Webby honorees in the variety category. In 2014, Min’s named Sabia one of the “Most Intriguing People in Media.”

Sabia has a BA from Boston College. In addition, he owns an Italian restaurant in the Republic of Georgia, is the 2007 International pun champion and enjoys playing classi-cal piano pieces that are probably too difficult for him. 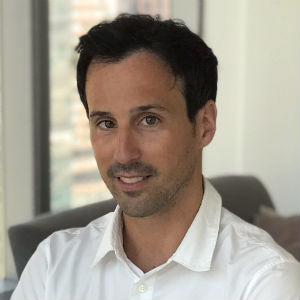