Adam Ostrow is the Chief Digital Officer at TEGNA (NYSE: TGNA), which operates a portfolio of broadcast stations and digital sites across 39 local markets in the US. In his role, Adam is responsible for creating, evangelizing and implementing the company’s digital vision, and leading the day-to- day operations of its Content, Product, and Distribution teams across the local and corporate organization.

Prior to joining TEGNA, Adam was Chief Strategy Officer at Mashable, where he led the development of the company's video program, branded content offerings, international expansion, ecommerce business, and its licensing and distribution strategy. He also served on the company's board of directors.

Adam joined Mashable as its second employee and Editor in Chief in 2007, a role in which he directed day-to-day news coverage, authored more than 2,500 articles and built the editorial staff from 3 to 25 employees. During his tenure as Editor in Chief, the site’s audience grew more than tenfold.

Adam has been frequently quoted by numerous major media outlets, including The New York Times, The Wall Street Journal, The Financial Times, Bloomberg, AdAge, The Washington Post and USA Today, among many others.

Adam is also a highly sought after speaker and has made presentations at TED Global, Cannes Lions, CES, SXSW Interactive, Advertising Week and the Digital Content NewFronts, and for corporations including Coca Cola, Disney, Verizon, American Express, Nike, Gillette, PepsiCo, Hewlett Packard and BMW. His TED Talk “After Your Final Status Update” has been viewed more than one million times.

Adam is a graduate of the University of Maryland, where he earned a bachelor’s degree in Journalism, and currently serves on Merrill College of Journalism's Board of Visitors. 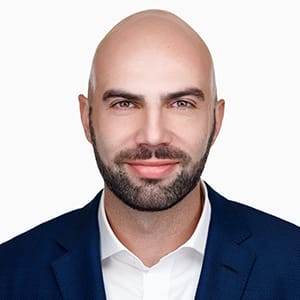