Over the past year alone, Hulu has grown to house a library of 75,000 episodes of television across 1700 titles – more than twice the number of episodes available on any other SVOD service. This record-breaking growth can be attributed to the content acquisition team, lead by Vice President of Content Acquisition, Lisa Holme.

Since joining Hulu, Lisa has been instrumental in bringing exclusive programming to Hulu from top studios and network brands including FX Networks and Twentieth Century Fox Studios, AMC Networks, ABC and Disney, NBCUniversal, Turner Broadcasting, Viacom, CBS, Sony, Lionsgate, and many others. She has led acquisition efforts that have made Hulu the exclusive home to top U.S. series such as The Good Doctor, This Is Us, Empire, Fargo, South Park, Power, Black-ish, Curious George, Teen Titans Go, CSI and Rick & Morty. She has also been behind groundbreaking licensing deals that have brought the streaming debut of fan favorite series including ER, Seinfeld, The Golden Girls, and the entire original TGIF lineup exclusively to Hulu. In addition to television series, Lisa has led the Hulu content acquisitions team in a series of deals that have increased Hulu’s content library to have more than twice the episodes of any other streaming service. Her and her team have also significantly increased Hulu’s film offering through key catalogue deals with The Walt Disney Studios, Warner Bros, Sony, Universal and others, Pay 1 output deals with Annapurna Pictures, NEON, Magnolia, and IFC Films, and an output deal with EPIX. Lisa has also played a major role in acquiring first-window programming from non-U.S. territories, including shows such as Misfits and National Treasure.

Prior to joining Hulu’s acquisitions team in 2010, Lisa worked in creative at Illumination Entertainment (Despicable Me, Hop, Dr. Seuss' Lorax), and in McKinsey & Company's New York Office where she worked in the Media & Entertainment, Technology, and Telecom Practices. Lisa graduated from Yale University with a degree in Psychology and resides in Los Angeles. 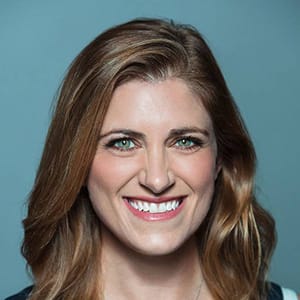