Lori Hall is TV One's Senior Vice President of Marketing. In this role, she strategically develops and executes the network's marketing initiatives across all platforms. Most recently, she spearheaded the network's new brand look and promise, which included a comprehensive creative overhaul of TV One's on-air and off-air brand elements, including its new tagline, "REPRESENT." Hall hails from UP where she was Vice President Consumer Marketing. During her tenure, she launched UP's first ever viral video, reaching 43 million views across social media in less than one week, she negotiated an exclusive media partnership with Steve Harvey resulting in UP's inaugural sponsorship of The Neighborhood Awards. Before joining UP, Hall oversaw numerous successful marketing campaigns at Turner Entertainment Networks, including TBS's Cougar Town and Men at Work as well as Tyler Perry's hit sitcoms For Better or Worse, House of Payne and Meet the Browns. She also launched several TNT campaigns, including Rizzoli and Isles and Hawthorne. 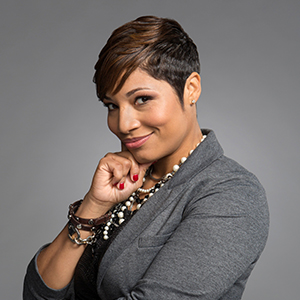