Countee most recently served as Head of Comedy at Hulu where he oversaw the development and production of the streaming service’s comedy series including the Golden Globe®-nominated Casual from Jason Reitman and Zander Lehman, The Mindy Project, Difficult People from Amy Poehler starring Billy Eichner and Julie Klausner, Future Man from Seth Rogen and Evan Goldberg, the Emmy®-nominated sports docu-series Behind The Mask, Hulu's first original comedy special from Robert Smigel, the Emmy-nominated Triumph The Insult Comic Dog Election Special and the popular animated series The Awesomes, created by Seth Meyers and Mike Shoemaker. While at Hulu, he received a Golden Globe and two Emmy nominations for his work on original series and specials.

Prior to joining Hulu, Countee worked as a writer and producer, developing half-hour comedy pilots for ABC Studios and Twentieth Century Fox, as well a feature-length high school comedy for Chernin Entertainment. He also served as a writer and producer for Alleyoop Media where he created, co-wrote and produced branded entertainment for companies including Mike’s Hard Lemonade, Beats by Dre and Microsoft. Earlier in his career, Countee was the co-founder of Handsome Donkey Productions, a production company that develops, writes and directs original comedy programming for web and television. In this role, he worked as a writer, director, producer and performer, and created comedic streaming series for ABC Studios and Sony Pictures Entertainment, developed half-hour comedy pilots for ABC Studios and 20th Century Fox, and created television ad campaigns and public service announcements. He began his career at Fox Searchlight Pictures working in the Production and Development department on films that included Thank You For Smoking, The Hills Have Eyes and Night Watch.

Countee is a graduate of Georgetown University. He will be based in Showtime Networks' West Coast headquarters. 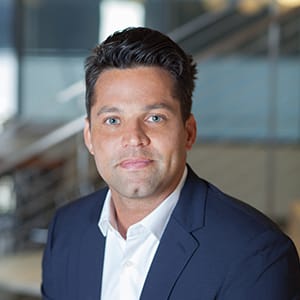