Joanna Brahim currently serves as Smithsonian Channel’s head of publicity and is responsible for the network’s strategic planning and execution of all public relations initiatives supporting the channel’s award-winning programming, and the company's marketing, distribution, streaming, digital media and sales teams. She designs and executes long-range communications strategies that continue to raise the profile of the network, and oversees program publicity, international launches, talent relations, events and corporate communications. Joanna also works closely with the communications leaders at SHOWTIME®, the Smithsonian Institution and CBS. She completely revamped the network’s communications team when she started in May 2016, and increased press traction with top tier outlets and general awareness for the brand exponentially. Joanna has also helped increase internal communication and awareness of the channel and its programming/initiatives within the CBS family and the Smithsonian Institution. She has extensive corporate and program publicity experience, working in news, non-fiction and reality/lifestyle TV over the last 16 years.

Prior to joining Smithsonian Channel, Joanna served as Senior Director, Publicity for TLC. In that role, she managed overall brand strategy for the network and its senior executives, serving as a lead communicator for TLC’s ad sales, digital, social and research efforts, securing trade press opportunities, speaking engagements and panels. Over her eight years working on some of the network’s highest-rated unscripted series, Joanna led publicity campaigns, talent relations and crisis management around some of TLC’s most popular series and specials including Long Island Medium, Kate Plus Eight, What Not to Wear, Toddlers & Tiaras and The Royal Wedding. She garnered unprecedented press for Long Island Medium, and managed some of the biggest crises in reality television history.

Joanna previously worked at WCBS-TV as Director, Communications and Community Affairs, handling all publicity for the station’s top talent and executives, and working directly with the station’s president. At the time, she was one of the youngest department heads ever at the station. She served as the station’s spokeswoman, and as a liaison between CBS 2 and CBS Entertainment Communications. Additionally, she managed community events, sponsorships, and press strategy around the stations political debates coverage. Prior to joining CBS, she worked as a publicist at MSNBC, facilitating press interviews for the network’s talent and executives. She managed all press surrounding The Abrams Report, as well all MSNBC specials and documentaries.

Joanna is a graduate of Rutgers University, where she received a B.A. in Journalism and Media Studies. She is based in Smithsonian Networks’ New York offices. Joanna serves as a mentor to many junior candidates who are trying to break through in Public Relations. 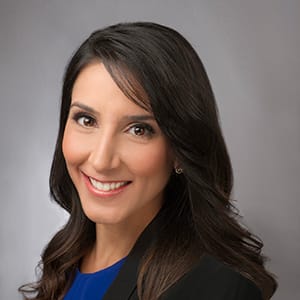