Steven Baker was named Executive Producer of “Nightline” in October 2017. Baker, the youngest ever to be in this position, oversees the production and all daily operations of the program on broadcast, digital and social media.

Baker joined “Nightline” in 2005 as a production assistant and has been promoted regularly to higher-level positions on the show since that time. His long and distinguished record includes producing exclusive and news making interviews, coordinating coverage of the Royal Wedding in London, overseeing editorial content for the 2011 summer series “Nightline Primetime,” producing all of Barbara Walters’ “Nightline” specials and the first ever digital-only broadcast following the Orlando shooting. In 2018 Baker executive produced documentary special “For Our Lives: Parkland” for Freeform and ABC News’ first-ever Disney PRIDE speaker series.

Baker’s work has garnered “Nightline” multiple Emmy wins, and his work with Oscar nominated documentarians Tim Heatherington and Sebastian Junger on U.S. soldiers serving on the front lines in Afghanistan earned a duPont and an Overseas Press Club Award. Under his leadership, Baker has helped grow the show’s social media footprint, particularly growing monthly video views on Facebook by 260%. He also oversaw the development of a new logo that embodied the show’s multi-platform storytelling ability.

Between 2012 and 2014, Baker was Associate Director/Supervising Producer for “Entertainment Tonight,” where he was responsible for long term investigative futures and news making interviews. 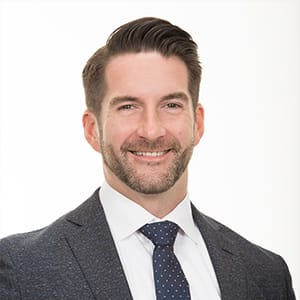