Sarah Babineau is Executive Vice President and Co-Head of Talent and Development for Comedy Central, based out of the company’s New York office. She was a key player in the launch and evolution of Comedy Central’s flagship late night series The Daily Show with Trevor Noah on which she remains the Executive in Charge of Production for Comedy Central. Babineau oversees all East Coast-based franchises including Broad City, Inside Amy Schumer and The President Show, as well as upcoming series The Other Two, Alternatino and Klepper. In addition to developing for the linear platform, Babineau and her team are key contributors to Comedy Central’s digital and social initiatives developing both original series and shoulder content for existing franchises including The Daily Show’s Emmy Award-winning Between the Scenes for Facebook Watch and the Emmy-nominated Hack Into Broad City for cc.com.

Babineau arrived at the #1 brand in comedy from Amazon Studios where she served as a development and programming executive since 2012 and helped launch Amazon’s foray into original comedy, including the critically-acclaimed and award-winning series Transparent and Mozart in the Jungle, in addition to Garry Trudeau’s Alpha House. Prior to Amazon Studios, Babineau worked in film as a creative executive with Alterman and Michael Aguilar’s Dos Tontos production company, as well as Sacha Baron Cohen’s Four By Two Films. She began her career working in film as an assistant editor on documentaries, commercials and feature films including Hitch. 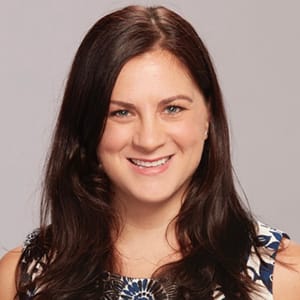