Job Title
General Manager
Full Name
Michelle Rice
Company
TV One & CLEO TV
Bio
Michelle Rice, a 15-year veteran of TV One, was named General Manager in July 2017. In this role, she is responsible for overseeing and leading all business, operational and creative aspects of the network. Since becoming General Manager, Rice has been responsible for the launch of two hit series UNCENSORED and ATL HOMICIDE. Most recently, Rice shepherded the development of TV One’s new sister network, CLEO TV, an aspirational lifestyle and entertainment TV network serving Millennial and Gen X women of color that launched in January 2019.

Before joining TV One, Rice also had stints at iNDemand, NBC Cable Network and Black Entertainment Television (BET), where she started her career through the Walter Kaitz Fellowship program in 1993.

A graduate of Temple University with a degree in journalism, Rice also holds an M.A. degree in communication management from the University of Southern California. Rice was named as a CableFAX Top 100 Executives of 2018 by the venerable industry trade magazine. Previously she has been recognized as one of CableFAX’s Top Minorities in Cable and Top Women in Cable. She has also been honored as a NAMIC Emerging Leader, one of the “Next Wave of Leaders” by Broadcasting & Cable, “40 under 40” by Multichannel News, and a 2016 Multichannel News Wonder Women. Rice was also a finalist in CableFAX’s Sales Executive of the Year Awards in 2012 and led the team, which was awarded CableFAX’s Sales Team of the Year for mid-sized cable networks. Rice has been featured in publications such as “Black Enterprise,” “Variety,” “Deadline,” “TV Week” and “The Root.” She was highlighted as a 2019 trailblazer in “CableFAX’s” Black History Month Special Report.

Since 2011 Rice has served on WICT’s National Board of Directors in various roles, including a previous term on the executive committee as Governance Chair, as well as her current post as Chair of Fund Development. She has served on NAMIC’s National Board of Directors since 2008, having served as Board Chair from 2014 - 2017. Rice is also actively involved on the Boards of several local civic, community and charitable organizations, including Jack and Jill of America, Girls Inc. D.C, and United Way of the Nation’s Capital. She currently resides in Maryland with her family.

ABOUT TV ONE
Launched in January 2004, TV One serves 59 million households, offering a broad range of real-life and entertainment-focused original programming, classic series, movies and music designed to entertain and inform a diverse audience of adult black viewers. The network represents the best in black culture and entertainment with fan favorite shows Unsung, Uncensored, ATL Homicide, Fatal Attraction and Urban One Honors. In addition, TV One is the cable home of original blockbuster films including When Love Kills: The Falicia Blakely Story, Love Under New Management: The Miki Howard Story, Bobbi Kristina and The Bobby DeBarge Story. 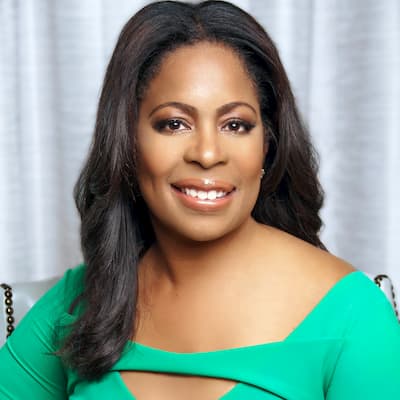