Ferraro recently returned to GLAAD after serving as a Senior Director of Communications and Public Affairs at Viacom. During his time at Viacom he worked on MTV’s 2016 election campaign which drew attention to issues including immigration, LGBTQ equality, and racial justice. He launched Logo’s LGBTQ public affairs department and led press strategy for MTV and Logo documentaries, campaigns and shows. In 2015, he received a Daytime Emmy Award as part of the team behind MTV and Logo documentary “Laverne Cox Presents: The T Word.” His work on MTV's Transgender Awareness Week campaign was recognized with a Golden Beacon Award from the Association of Cable Communicators and his work on Logo's #all50 marriage equality campaign was a finalist for a Cynopsis Social Good Award.

Prior to Viacom, Ferraro spent over six years enhancing and growing GLAAD’s communications and programs departments. He launched GLAAD’s Spirit Day campaign and oversaw media strategy and advocacy for winning work on issues including marriage equality, transgender inclusion in the Miss Universe pageant, the expansion of gender options on Facebook, and the campaign to end the Boy Scouts of America’s ban on gay scouts. He is a frequent voice on LGBTQ issues in the media, having appeared in the Associated Press, The New York Times, The Wall Street Journal, Buzzfeed, Vanity Fair, The Advocate, and on CNN.

He received a Global Influencer Fellowship from the United Nations Foundation, was named as part of the 'Next Generation of Stoneall' by NYC Pride, and was chosen among the Next Generation of LGBT Leaders by the Obama White House.

He is a graduate of The George Washington University and a proud native of NYC. 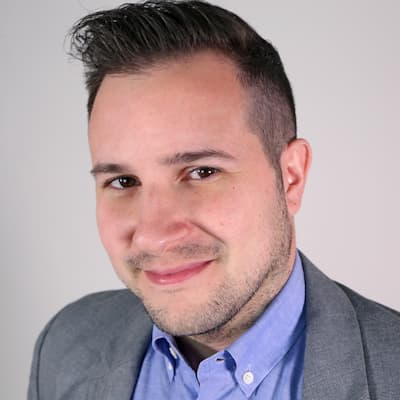