Innately driven to push boundaries and challenge the status quo, David currently leads a consulting practice for companies looking to capitalize on the digital transformation sweeping the industry.

Prior to starting his own consultancy, David worked at IPG for over 20 years in a variety of leadership roles. Most recently, David ran MAGNA’s North America business driving investment, intelligence and innovation in his role as President. David also led Global Partnerships for MAGNA and has helped set the overall vision and remit for the organization.

David had been with IPG Mediabrands since 2001, when he launched the digital practice at UM as Interactive Media Director. A year later, he became a Senior Vice President, overseeing all digital media strategy, planning, buying and analysis operations for the agency. In 2006, David was named U.S. Director of Digital Communications. He was promoted in 2011 to Global Digital Officer, and then elevated in 2013 to Chief Investment Officer.

David has been recognized as a “Media All-Star” by Adweek, one of the “Adweek 50” and an “Online All-Star” by Media Magazine.

David served as the Chair of the 4A’s (American Association of Advertising Agencies) Digital Marketing Committee from 2009-2012. In 2016, David was elected to the Board of Directors of Partnership with Children a non-profit whose mission is to strengthen the social, emotional and cognitive skills of vulnerable children in New York City.

David enjoys spending time with his wife and two teenage daughters. A self-described gadget- geek and sometimes fitness fanatic – he can talk for hours about the latest in high-tech gear. 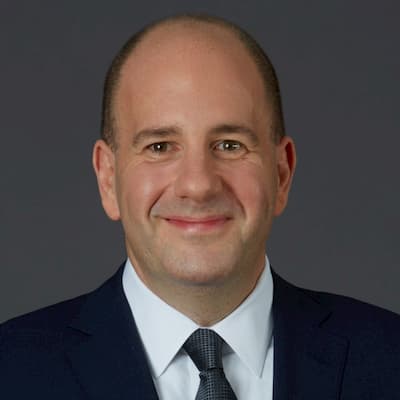