Job Title
COO
Full Name
Patrice Courtaban
Company
TV5MONDE USA
Speaker Bio
Patrice Courtaban arrived in the United States from Paris nearly 20 years ago to grow TV5MONDE USA’s subscriber base and to build an executive team that would successfully manage the channel’s day-to-day activities. As the then newly appointed Executive Director he was also charged with establishing a permanent headquarters for American operations of TV5MONDE in Los Angeles.

Under Mr. Courtaban’s watch TV5MONDE USA has achieved new MVPD (multichannel video programming distributor) agreements that have allowed it to launch in such major markets as New York (Spectrum and Altice); Los Angeles and Houston (Spectrum); Boston, Washington, DC, San Francisco, New Orleans (Cox) and Seattle (Comcast); and in Connecticut, Maine, Northern New Jersey and Rhode Island, to name a few. Today, TV5MONDE USA is one of the most widely distributed international pay-tv channels in America, available to more than 50 million US cable, satellite and OTT homes.

This has been achieved despite a cable television environment known for its extremely tight “shelf space.” Additionally, TV5MONDE is a digital premium offering in the majority of markets in which it is carried. So new subscribers to the channel must pay for a digital upgrade (if they’re still an analog customer) and pay a monthly premium charge for TV5MONDE.

However, during his stint in the U.S. TV5MONDE has seen its premium subscriber base (made up of nearly 50% Francophones and 50% Francophiles) expand by approximately 75 percent. In fact TV5MONDE USA subscribers are very loyal, 76% of the channel’s viewers; (according to a study conducted by Marketing Advocates) would “very likely” switch to a competitive service if their current provider were to drop TV5MONDE. As a direct result of this growth, Mr. Courtaban was promoted to Chief Operating Officer (COO) of TV5MONDE at the beginning of 2003.

Mr. Courtaban also orchestrated TV5MONDE USA’s video on demand (VOD) launch, the first of its kind to be devoted solely to French-language films. TV5MONDE Cinema On Demand offers an average of 15 movies each month including recent releases as well as a broad range of French classics. TV5MONDE Cinema On Demand is available to Comcast and Verizon customers who are subscribers of TV5MONDE USA’s linear channel.

Mr. Courtaban, a native of Lyon, France, had previously served in the marketing department of TV5MONDE in Paris and also worked for the channel’s regional feeds in Asia, Russia and Scandinavian. 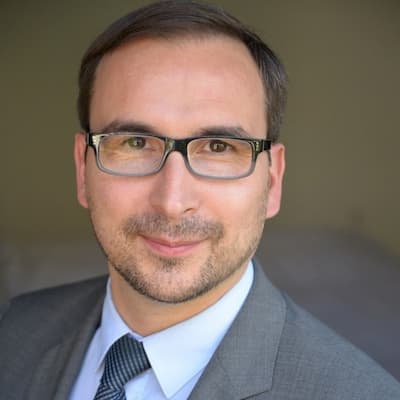