Six Pack Media was founded by Bruce Lefkowitz to provide a diverse array of consulting services to companies of all sizes. Named as a tribute to his six children (quadruplets and twins) Six Pack Media offers competencies in six specific disciplines that reflect the experience and expertise that Bruce has garnered in over 30 years in the media business

Lefkowitz is one of the most respected executives in the Media business. A veteran of over 30 years in Advertising Sales and Sales Management , he has worked at the top tier Media companies including Turner Broadcasting, Discovery Communications , and Fox Networks.

He started his career at Turner in 1987 selling advertising for TBS and TNT and rose through the ranks culminating with a position at Vice President of International Ad Sales in London. He was responsible for the launch and implementation of the Turner Entertainment Ad Sales team.

Lefkowitz next stop was a highly successful tenure at Discovery Communications where as a Senior Vice President he was responsible for the sale of advertising time on more than 10 Discovery owned networks including Discovery Channel, TLC, Animal Planet, And Travel Channel. His tenure saw revenue grow from $350 million to $750 million.

Recruited to join Fox in 2002, Bruce was named the Executive Vice President for the Fox Cable Ad Sales Team responsible for the sale of FX and National Geographic Channels and later on FXX and NG Wild. In that role he represented some of the most iconic and ground breaking shows in television history including : The Shield, Nip/Tuck, Sons Of Anarchy, Justified, Damages, The Americans, and Atlanta. Revenues grew from $110 million to more than $900 million by 2015.

In 2015, Lefkowitz was tapped to manage all sales efforts for the combination of Fox national networks, in addition to his cable brands he was responsible for the sale of Fox Broadcasting, Fox Sports, FS1, and all digital advertising sales. The group represented some of the most high profile properties in all of television including the NFL, Super Bowl, Major League Baseball and its All Star and World Series franchises, the 2018 World Cup, American Idol, Empire , The Simpsons and countless other entertainment assets. Managing a staff of over 400 people with offices in New York, Detroit, Chicago and Los Angeles; the portfolio generated more than $3.8 billion in ad sales revenue.

Following the recent merger between Disney and Fox, Lefkowitz founded

For the past three years he has served as the Vice Chairman of the IRTS Foundation a media industry organization devoted to promoting diversity in the media business. The IRTS funds summer internships across the media landscape . A dedicated mentor, he ranks as his proudest accomplishment the more than 50 FOB ( friends of Bruce) he helped enter the media business .

Additionally he serves on the Executive Board of the National Kidney Foundation’s New York chapter.

A former 4 year starter and basketball captain at the University of Pennsylvania, he led the Quakers to 2 NCAA Tournaments and finished his career with over 1400 points earning him a spot in the Penn Athletics Hall Of Fame.

He is married for 32 years to former Farleigh Dickinson Basketball captain and sports marketing executive Coco Vanderslice and they reside in Purchase, NY and are the proud parent of 6 children; 22 year old quadruplets and 19 year old twins. 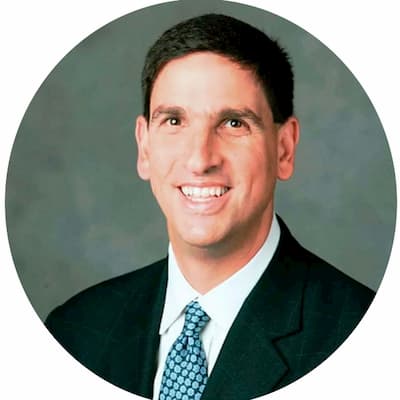