Name
Sheri Roder
Job Title
EVP/Chief of Why
Company
Horizon Media
Bio
When it comes to unearthing more powerful and creative communications solutions, Horizon Media looks to the WHY Group, led by Sheri Roder. Launched by Sheri over ten years ago, the WHY Group brings a richer understanding of the complex human emotions and motivations that translate to people taking action –whether that is to purchase, recommend, tune in, or post-- across the full spectrum of Horizon client partnerships and new business efforts. She describes her role and that of her team as idea-sparkers, people strategists, investigators and snoopers, sounding boards, trend spotters, storytellers, brand doctors, creative partners and provocateurs.

In recognition of her leadership and unique perspective, Sheri was recognized in 2015 as one of the 20 Ad Age Women to Watch, an Adweek Media All Star and Cynopsis Top Women in Digital. Broadcast & Cable named her a top planner in 2014. That same year she was appointed as a member of the National Academy of Sciences Social and Behavioral Sciences Roundtable. Sheri also served on the advisory board of the Turner AdLab, as well as on the Marketing Committee of City Harvest. In 2017, Sheri, along with four other founding partners, launched LIMITLESS, a Horizon female leadership development program. Most recently, Sheri was honored by the National Organization of Women as one of their NOW Women of Power and Influence.

With over 30 years in the communications business, Sheri has spent time in both agency and client roles. Prior to Horizon Media, she led strategic planning on Pfizer, Wyeth and Merial accounts at Saatchi & Saatchi Consumer Healthcare, bringing consumer and brand-based strategy and insights to pharmaceutical advertising and communications. Sheri also spent time in senior strategic planning roles at J. Walter Thompson and Gotham on a variety of accounts including Unilever and Fujifilm. Prior to life in the agency world, Sheri spent several years at Pepsi before moving to Guinness/Diageo, both in London and the U.S., re-creating and leading the consumer insight division, as well as acting as a marketing director for new product development. Sheri was the catalyst in developing the overall marketing and advertising strategy behind the first Guinness television advertising in the U.S., which ultimately resulted in a 30% sales increase and won a Gold Effie, a Clio, AICP award and was a Cannes finalist.
Speaking At
Panel Discussion: Consumers in Control (Or Are They?) 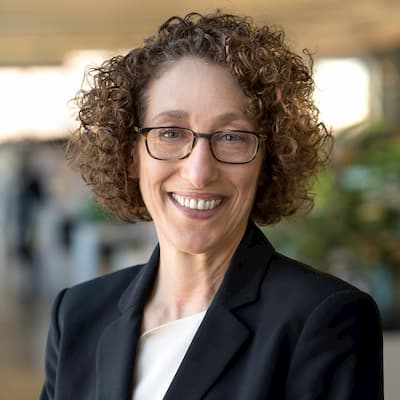