Name
Radha Subramanyam
Job Title
Chief Research Officer
Company
CBS
Bio
Radha Subramanyam serves as Chief Research and Analytics Officer, CBS Corporation and President, CBS Vision. She joined the Company as Executive Vice President, Chief Research and Analytics Officer of the CBS Television Network in November 2017 and was promoted to her current role after 18 months. Subramanyam oversees all research and analytics operations for CBS, including audience measurement, analytics, market research, program testing and advertising research. She has extensive experience in research and data analytics in all areas of the industry, including broadcast, cable and digital, as well as radio and social media.

Prior to joining iHeartMedia, Subramanyam held senior executive research roles at Yahoo!, MTV Networks and Nielsen, where she was one of that company’s early leaders of a new analytics and consulting practice. Before beginning her career in the media industry, she taught media and entertainment at Vassar College and New York University.

Subramanyam serves on the board of directors of the International Radio & Television Society and the Advertising Research Foundation. In addition, she serves as the chair of diversity on the board of directors of Women Advancing, an organization recognizing diversity as a priority for the future health of society and supporting development of resources to advance diversity in media, marketing and entertainment.

She was named as one of Corinium’s Top 100 Innovators in Data and Analytics in 2018, a list highlighting business leaders, technologists and influencers who have accelerated the proliferation and understanding of data and analytics over the last 12 months. Subramanyam was also one of the power women in Variety’s 2019 Women’s Impact Report.

Subramanyam is a graduate of Northwestern University, with a Ph.D. in radio, television and film.
Speaking At
Panel Discussion: “TV” Audience Measurement in a Digital World 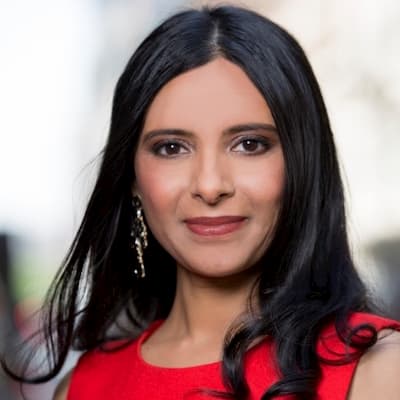