In this integral role Smith has retooled ABC News’ content and distribution strategy and revamped its suite of products to grow reach, engagement and monetization around the world. In 2018, he spearheaded the launch of ABC News Live, a new 24/7 channel for breaking news and live events. In one year, it has become America’s #1 streaming news channel with distribution on Hulu, The Roku Channel, and Facebook Watch. In that same year he oversaw the launch of a new digital portfolio for “Good Morning America,” which has grown to become one of the largest global lifestyle brands for young women. Smith also led the integration of FiveThirtyEight into ABC News to supercharge its political coverage with new real-time election night forecasts.

Smith joined The Walt Disney Company in 2011 with Disney – ABC Television’s business development team where he focused on mobile products. In 2015 he was promoted to Vice President of ABC News Digital, where he instituted a new data-driven approach to editorial and product design to drive monthly video views from 60 million to over 1 billion. Under Smith’s leadership ABC News received the prestigious Edward R. Murrow award for ‘Best Website’ for the first time since 2001 and became the first digital team to win back-to-back News and Documentary Emmy Awards in the history of the TV news industry in 2016 and 2017.

Smith’s career in media began at KPSP in Palm Desert, California as Senior Executive Producer. He is a graduate of Stanford University and received his MBA from UCLA.
Speaking At
Panel Discussion: The Incumbents 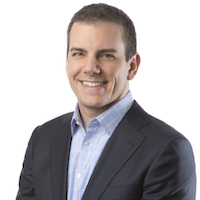