Name
William Sager
Job Title
Founder & CEO
Company
The Preview Channel
Bio
William is from Manhattan, NYC. He founded and established one of the cable industries first satellite PPV movie services with all 5 studios aboard. He has worked with some of the largest media companies in the world from Google, Fujitsu, Hipcricket, idealab, Verizon Telecom, MGM/UA, Westinghouse Broadcasting and Cable to the legendary ‘Z Channel’.

At idealab! William launched 4 start-up's and help produce the 1999 broadcast of the 35th Woodstock anniversary concert streamed live across the U.S.  He helped re-launch 'Night Flight', one of the cable industries highest rated and most popular shows broadcast on USA Network for nearly a decade. He is a member of The National Academy of Television Arts and Sciences.

In 2019, William launched 'The Preview Channel™ via XUMO Smart TVs and Samsung Smart TVs and is seen in over 60 million homes including these manufacturers; Hisense, Magnavox, Panasonic, Philips, Sanyo, Sharp, LGL and VIZIO smart TVs. In late 2019, the channel will be launched Internationally into France, Germany, Spain, the UK, Brazil and Italy. The channel is on 1M T-Mobile handsets, TiVo and Comcast, Roku, Amazon, Apple Store and Google Play.
Speaking At
Panel Discussion: The Upstarts 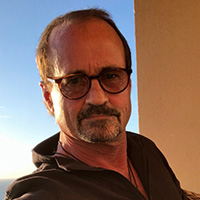