Additionally, Tom is a founding board member of Smule (the leader in social music with over 50 million monthly users performing over 20 million songs daily via its mobile apps) and a board member of Threadless (a popular crowdsourced art and e-commerce company where he served as CEO from 2008 to 2012). He is also a venture advisor to Felix Capital and a fund advisor to SignalFire.

Previously, Tom served on the board of men’s clothing service Trunk Club until its acquisition by JW Nordstrom in 2014 as well as Society6, a Threadless portfolio company, until its acquisition by Leaf Group in 2013. Tom previously served as SVP of Digital Strategy at EMI Music as well as co-founder of Cductive (an early digital music retailer company that he merged with eMusic). He holds an AB from Dartmouth College and an MBA from INSEAD in France. 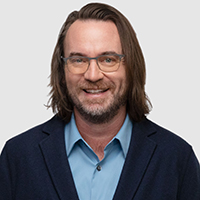