Name
Randi Schatz
Job Title
VP/Market Leader of Media Entertainment
Company
Broadcasting & Cable and Multichannel News
Speaker Bio
Randi Schatz is the VP/Market Leader for Media Entertainment, Future US, publisher of Broadcasting & Cable and Multichannel News. Randi spent the majority of her career as a Senior Media Executive responsible for launching and turning around many media properties and taking them to a number one market share position. She most recently spent seven years as the President of AVENUE Media, reinvigorating the magazine and launching digital and event businesses to take the brand into the modern age. She had responsibility for the P&L and also acted as the Chief Revenue and Marketing Officer . Previously, Randi worked on Broadcasting & Cable and Multichannel News when they were owned by Reed Elsevier.
Randi received a BA from The George Washington University. She has worked with many non-profits over the years and is a Board Member of City of Hope and on the Chairman's Council of The Samuel Waxman Cancer Research Foundation. She is on the Advisory Board of SohoMuse, a technology platform that allows people in the creative industries to showcase their work, connect with each other and collaborate.
Speaking At
Welcoming Comments
Welcoming Comments
Closing Remarks
Closing Thanks
Welcoming Remarks and a Salute to Our Sponsors 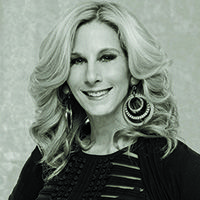