Matt Duarte, who joined the YES Network in December 2019, is responsible for identifying and recommending new business opportunities and partnering with YES’ senior leadership to drive overall company strategy.

Among his achievements at YES was the development and launch of the YES App, which became the #1 free sports app in the Apple App Store upon its March 2021 launch.  Duarte implemented the strategic roadmap for the app and has leveraged 10 third-party vendors, with the app quickly outpacing all viewership and revenue projections.

Duarte works closely with a variety of different departments at the company.  He collaborates with Finance regarding budgets and short- and long-term growth plans, with Affiliate Sales on traditional and alternative distribution strategy and with Marketing, Programming and Production on a variety of initiatives.

Prior to YES, Duarte was the first Enterprise Manager in Madison Square Garden’s MBA Rotational program in 2018-2019, where he rotated among Marketing Partnerships, MSG Sports and Business Strategy & Venue Operations.  In this role, he identified and recommended revenue opportunities and operations enhancements to senior executives.

Earlier, he was Assistant Vice President, US Corporate Banking at Wells Fargo.

Duarte earned a Bachelors Degree from Amherst College in 2012, with a double major in Economics and Spanish.  He received a Masters Degree in Business Administration from Harvard Business School in 2018.

Speaking At
The Next TV Innovation Awards Page (Admin View Only) 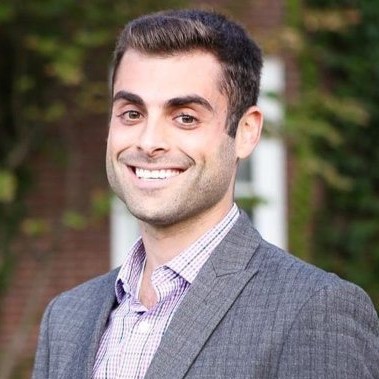