Prior to joining Bally Sports, Allen worked for the NBA where he oversaw the League’s digital portfolio. He oversaw product development and operations for the network of 100+ NBA websites, NBA Mobile & Connected TV Apps and NBA LEAGUE PASS, the league’s full-season, live-game subscription service available to fans in more than 200 countries and territories.
Allen also led all digital products for the NBA GLEAGUE and WNBA as well as digital development, operations and content management for all 30 NBA teams.

During his 20-year career at the NBA, Allen was instrumental in many groundbreaking digital initiatives, including the launch of NBA LEAGUE PASS, the launch of the league’s 19 international websites, NBA All-Star balloting on multiple platforms, the first NBA mobile and connected TV application.  In 2015, Allen was honored by the SportsBusiness Journal with a Forty Under 40 Award and in 2020, Allen won a Sports Emmy for the digital presentation of the NBA Bubble.

Prior to rejoining the NBA in 2006 as Director of Digital Products, Allen worked for MTV Networks, where he managed digital products for the VH1 brand, overseeing numerous online, gaming, and mobile launches. Allen began his career with the NBA in 1999 as a Department Assistant, where he was responsible for tracking and analyzing website traffic and trends for both the league and individual team websites. Allen began his career in sports working in the marketing department for both the New York Knicks and New York Liberty.

Allen graduated from Franklin & Marshall College with a bachelor’s degree in history. He resides in Ramsey, N.J., with his wife Alyson and their son James and daughter Isabelle. 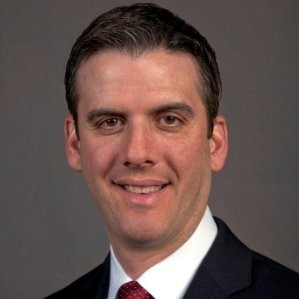